Doğan Akhanlı was born in Şavşat, in the northeastern part of Turkey, in 1957. He moved to Istanbul at the age of twelve. He went underground in the wake of the 1980 military coup d’etat. A political prisoner from 1985 to 1987, Akhanlı was tortured in an Istanbul military prison. In 1991, he fled to Germany, where he was granted political refugee status. In 1998, Turkey stripped him of his Turkish citizenship. He became a German citizen in 2001. Since the mid-1990s, he has been living in Cologne, where he works as a writer.

In novels, essays, and interviews, and also in the context of various projects in Germany, Akhanlı has consistently displayed an honest approach to historical violence, while defending the inalienability of human rights. Akhanlı initiated the Raphael Lemkin Library in Cologne. He is committed to memorialising the genocides of the twentieth century, including the Armenian genocide, and to promoting cross-cultural dialogue with a view to reconciliation.

Among other institutions, the German Federal Republic’s ‘Remembrance, Responsibility and the Future’ Foundation has sponsored Akhanlı’s projects. Some of his projects were distinguished with awards from the Federal ‘Alliance for Democracy and Tolerance’.

His novel Madonna’nin Son Hayali was was singled out as one of the most important works of fiction published in Turkey in 2005. In 2009, the Turkish daily Hürriyet awarded him its Literary Prize.
Akhanlı has committed himself to exposing the truth about the murder of Hrant Dink and to perpetuating the memory of this Armenian journalist and publisher, who was dedicated to bringing about reconciliation between Armenians and Turks.

Akhanlı is a staff member of the nonprofit organization ‘Research International’, which is principally concerned with developing educational curricula on genocidal violence. In addition Akhanlı is involved in a dialogue project on German, Kurdish and Turkish history and mutual understanding since 2010. 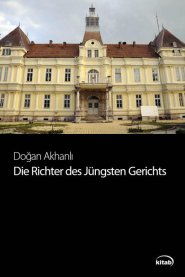